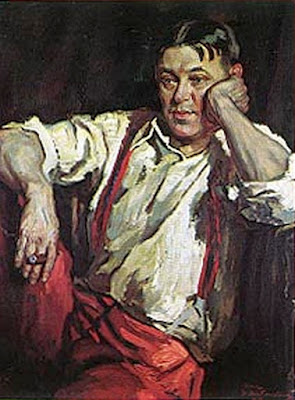 
Hoover once wrote Mencken to compliment an article entitled, "Reflections on Homicide," ("Your keen analysis of this topic indicates a clear understanding of this particular phase of crime, and I am sure that your readers enjoyed your discussion.") and offered him a tour of the bureau's facilities. Later, when Mencken was writing a book on speech and language, he wrote to Hoover personally to inquire about the origins of the term, "G-Men," referring to federal agents.

Hoover wrote back, describing how G-man stood for "government man" and was apparently first uttered by fugitive "Machine Gun" Kelly during his apprehension in Tennessee. "If you will recall the case, Machine Gun Kelly made numerous boasts that he would never be taken alive and that whoever apprehended him would find it rather difficult facing his machine gun," Hoover wrote. He said that when agents rushed in to take Kelly into custody, they expected gunfire but instead found Kelly standing in the corner with his hands in the air saying, "Don't shoot, G-man!"