Occupy Our Homes is supporting a woman facing foreclosure in Union Square. 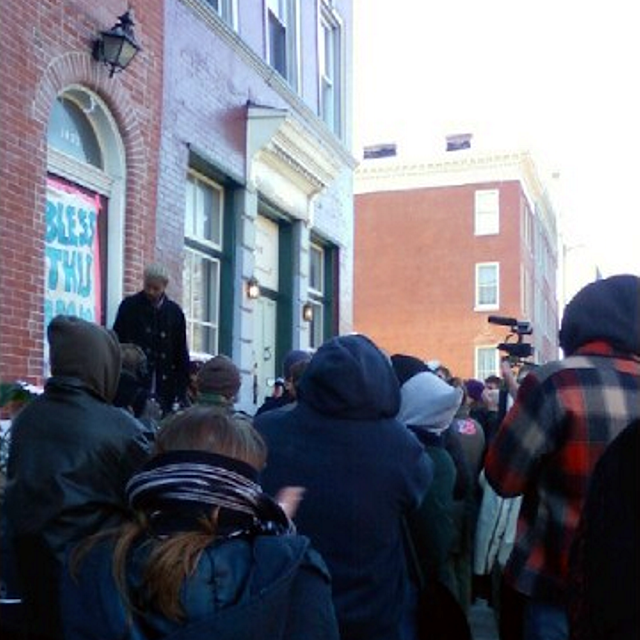 Here is her case in a nutshell:
Lila is a 64-year-old woman who bought a multi-unit home in 2006. She moved into the first floor and rented the second and third floors. Her house was financed with an 80/20 mortgage. Her larger loan was an interest-only Adjustable Rate Mortgage set to increase to 14.5%. Lila knew that the terms of the loan were bad but was told that she would be able to refinance into a better rate. When she asked the servicer for help, they told her to go into default so they could make her a modification offer. According to Lila, they finally settled on a modification and she signed the papers and sent in the down payment, but the servicer still moved to foreclose. Her documents were signed by a notorious robo-signer who admitted in an affidavit that he signed hundreds of documents each day. Lila lost income because the tenants renting the upper floors of her three story house left when they saw all the foreclosure notices on the door. Lila has a pending appeal in the special appeals court while she and supporters are asking that the sheriff stay the eviction until she has a chance to have her day in court. 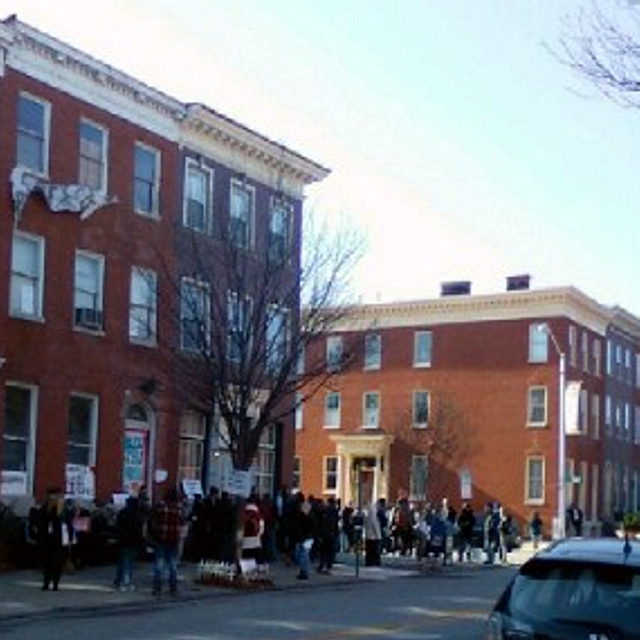 On Sunday afternoon, January 8, the community came to meet Lila and hear her story. Neighbors learned about the Occupy Our Homes movement, discussed the foreclosure and eviction process, and joined the struggle for decent housing plus show the bank that this home is occupied.

All day on Monday, January 9, interested parties were invited to call the Sheriff’s Department and to ask that the eviction on West Lombard Street be cancelled. 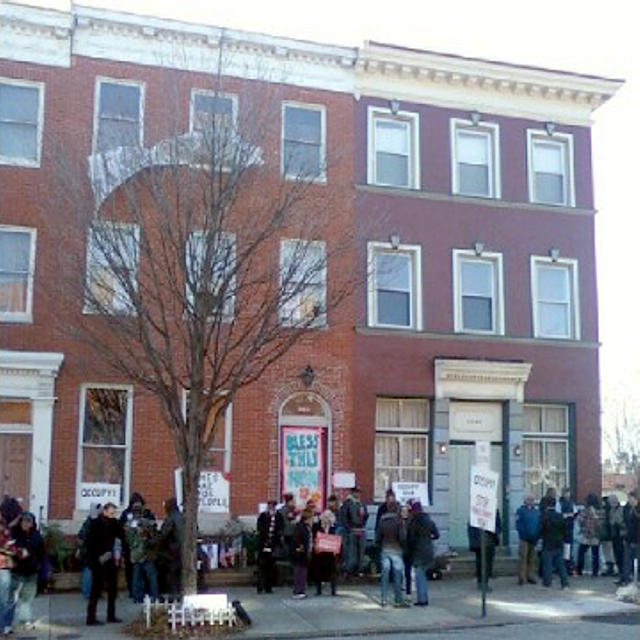 At 9 AM on Tuesday, January 10, the Eviction Defense began as Lila’s eviction was scheduled to take place between 10am and 12 noon. Neighbors and members of the Occupy Our Homes movement came to occupy Lila’s home and rally with her to show solidarity. The purpose was to take a stand against the injustice of predatory lending and corporate greed.

This article was excerpted from a message sent by Kimberly A. Crichlow, Union Square neighbor and President of the Union Square Association. Photos are from the demonstration on Tuesday, January 10.
Published by Union Square Online at 1/10/2012